A brief overview of our history

The history of Borgarplast reaches back over half a century but our history goes back to 1965 when Plastgerð Suðurnesja was founded, which later merged with Borgarplast hf.

1965: Plastgerð Suðurnesja established. EPS insulation was the first production product of the company.

1993: Borgarplast receives ÍST EN ISO 9001 certification, first of all Icelandic industrial companies and the second rotomoulding company in the world to do so. Market share in Iceland for insulated tubs reaches 20%.

1996: Plastgerð Suðurnesja moves its factory to a new and bigger factory house. New shareholders enter into the business along with current shareholder.

1998: Borgarplast export business now goes to 40 countries on all continents on the world.

1999: Borgarplast rotomolding production receives ÍST EN ISO 14001 certification, the first locally owned industrial company to do so in Iceland. The company reaches of 60% market share in inslulated tubs in Iceland.

2000: Borgarplast is the recipient of special environmental award from the Ministry of Environmental affairs along with award for pioneering work in in the field of accidental prevention in icelandic fishing industry.

2002: The first company in the world to use recycled methane instead of oil as fuel for its production line. Domestic market share in insulated bulk containers goes over 80%.

2010: Borgarplast gets permission to CE certify four product categories for the construction industry. Those products are septic tanks, oil- and grease separators and EPS insulation.

2019: EPS production of Borgarplast and Plastgerð Suðurnesja combined in a larger and renovated factory house in Reykjanesbær, Iceland. The new house is in total 4.700 square meters. 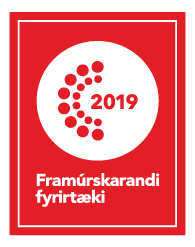